EVENT, Uncategorized
February 25, 2014
by Ellejess
0 0 0 0 20
Had lots of fun at WAKUWAKU JAPAN MUSIC FESTIVAL that was held about a week ago at JCC Senayan, Jakarta. 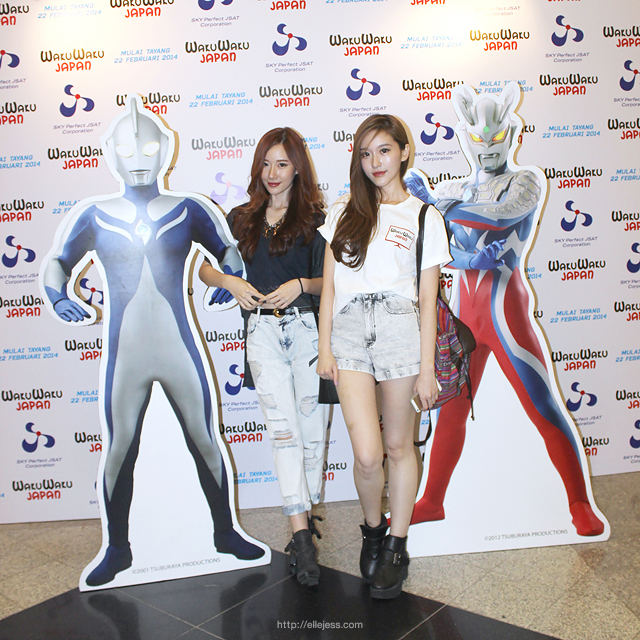 WAKUWAKU JAPAN is an entertainment channel that broadcasts Japanese TV programs in Indonesia. *say whaaat??* Yup, whether you’re a J-culture fan like us, or if you’re curious about Japan in general, you can now watch this channel because it broadcast the best selection of popular Japanese programs (Anime, Drama, Cultures, Entertainments, Sports, Music, Film, Documenters), ALL made-in-Japan contents, 24 hours a day in local languages (children’s programs are dubbed and other programs are subtitled)!! *cries happy tears* (˘̩̩ᴗ˘̩̩ƪ)
*WAKUWAKU (ワクワク－わくわく) itself means ‘excited’ or ‘thrilled’; which best describes our feeling about it, too!

To celebrate the launching of the channel, WAKUWAKU held this live music event that we attended. ^_^

WAKUWAKU JAPAN MUSIC FESTIVAL featured both Japanese and Indonesian artist performances like Flumpool, JKT48, Afgan and Bunga Citra Lestari. Attended by many fans and J-culture enthusiasts, the event was a success! 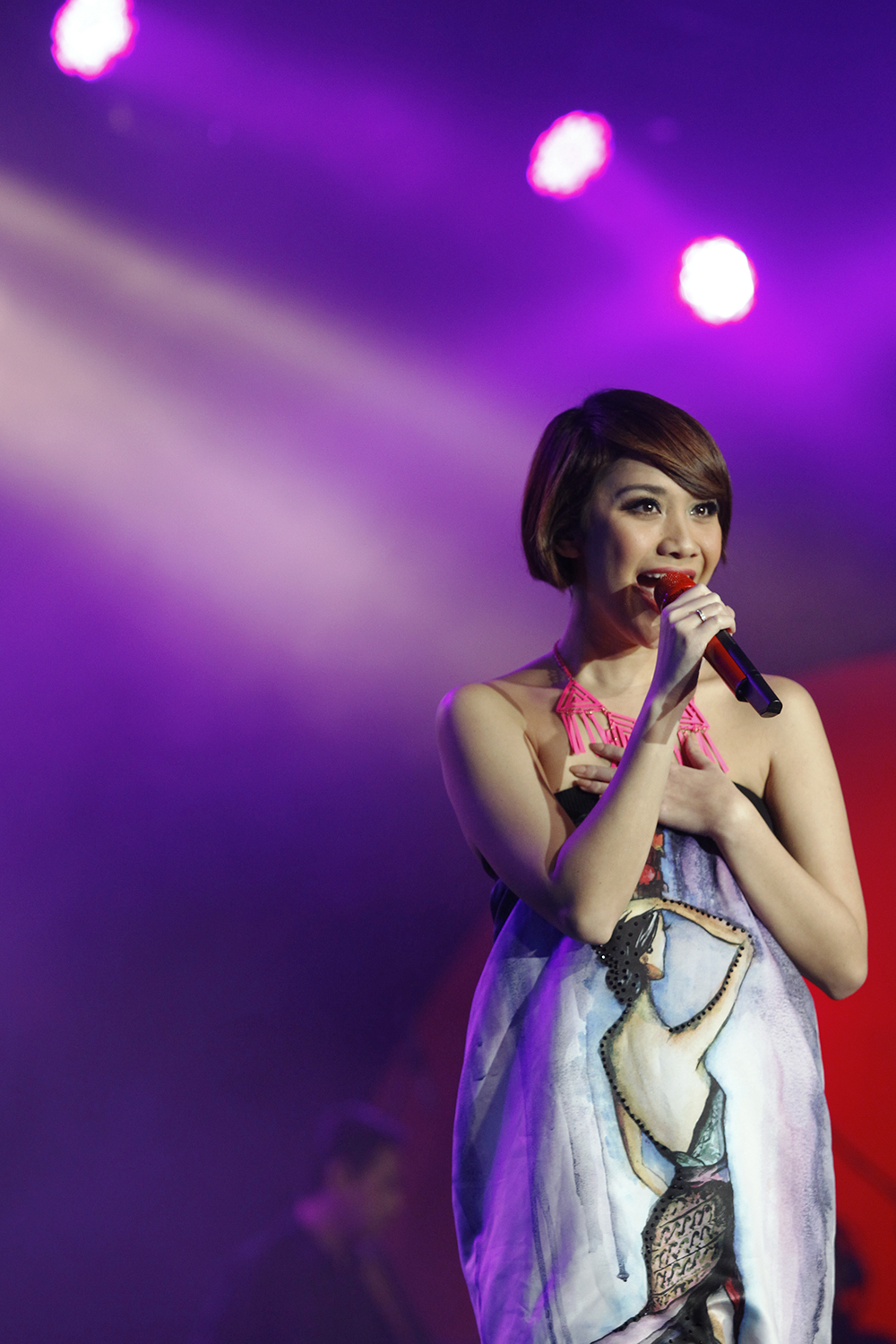 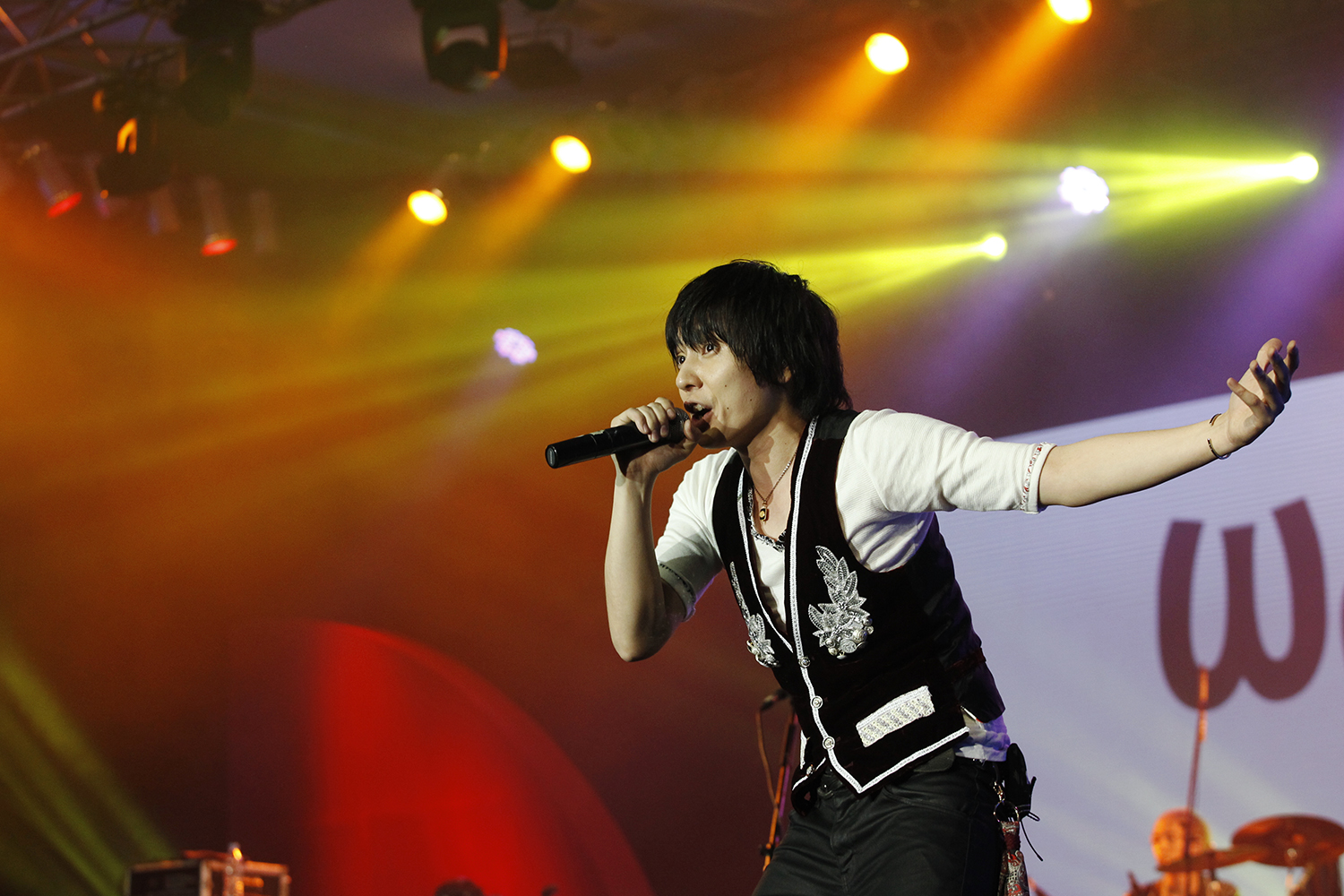 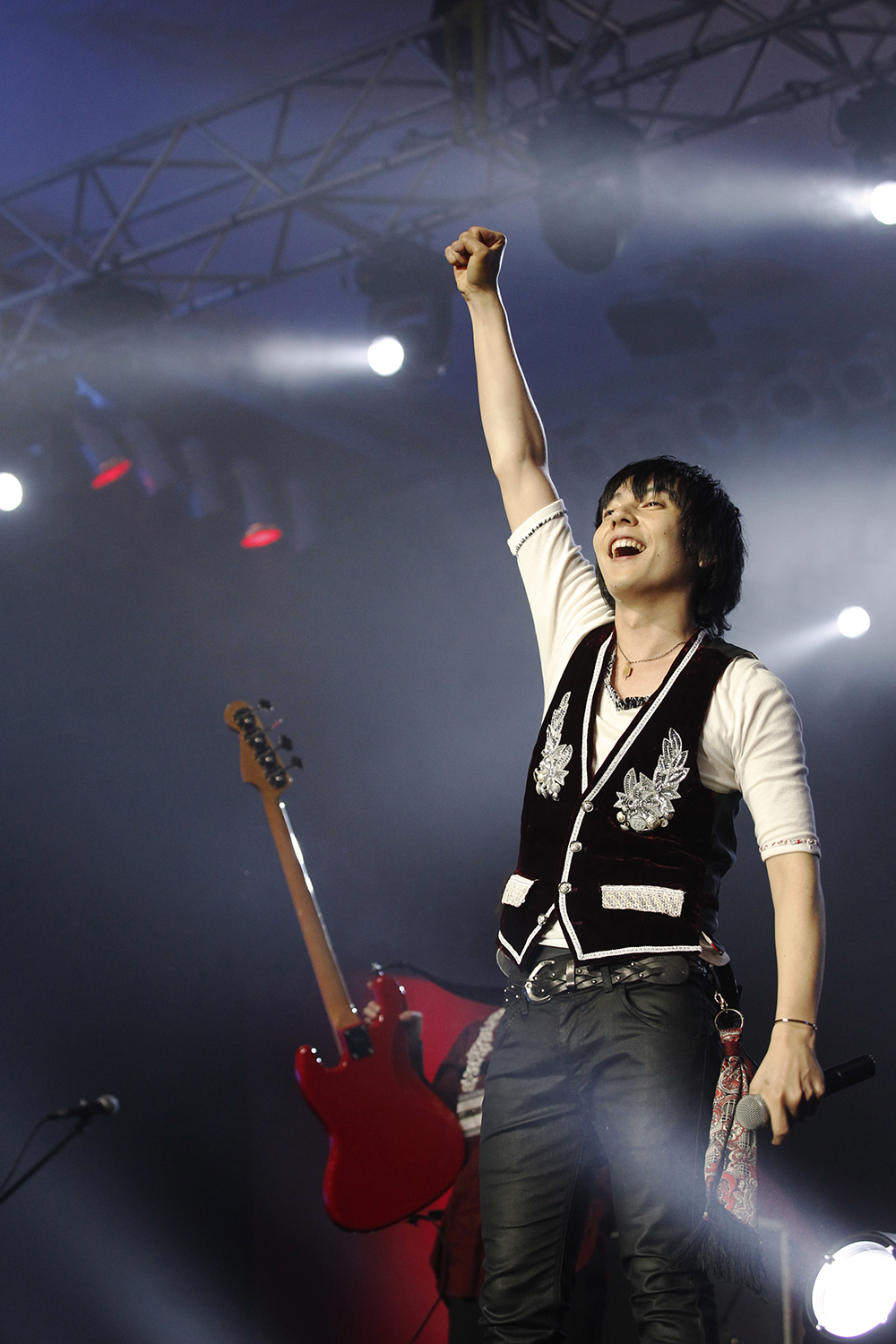 We were most excited watching Flumpool and JKT48 performances. Flumpool’s vocalist Ryuta Yamamura (山村隆太) was SO HANDSOME!!! When the show was almost over, we went all fangirling with Stella Lee over him. It was like, “Okay, one… two…… three! RYUTAAAAAAAAAAAAAAAAAAAAA!!!!!!!” lol! 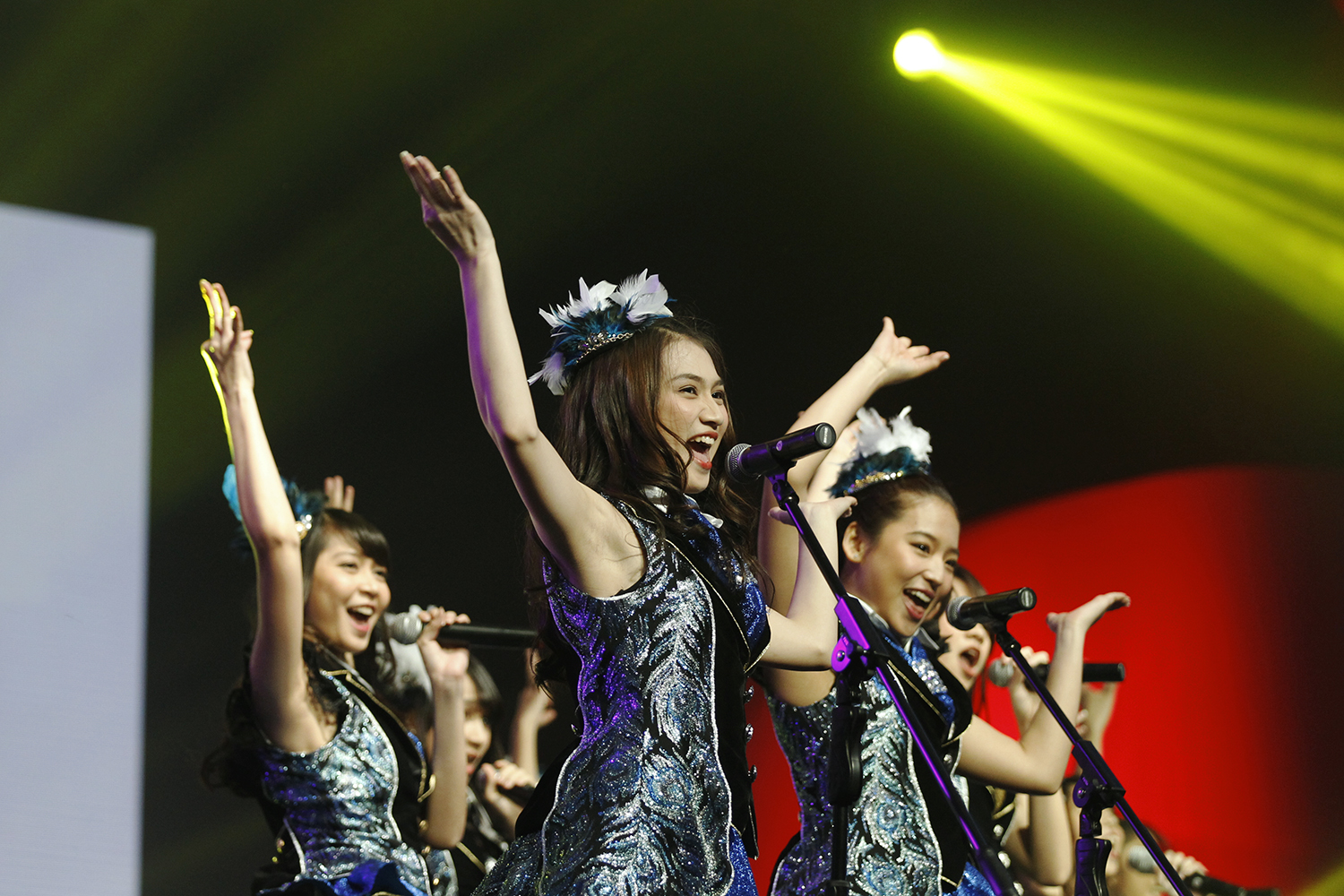 Now JKT48 was entertaining in a whole different level. In case you don’t know about them (which is doubtful, but well, just in case..), JKT48 is an Indonesian idol group which has the same concept with it’s super popular sister group AKB48 in Japan. Their concept is “idols you can meet” and unlike regular idol groups which would occasionally perform on concerts or TV shows, JKT48 performs daily at fX Sudirman, Jakarta; just like AKB48 who performs daily at their own theatre in Akihabara, Japan.

We wonder if this concept is the main cause of so many JKT48’s fanatic fans out there or if there’s any other reason. All we know is that JKT48 has so many enthusiastic loyal fans; especially fanboys! Now this event made us witness it (JKT48’s crazy popularity) with our own eyes AND it was also our very first time watching their show; live and as VIP guests, too! So lucky~~~ That night, JKT48 performed their fifth single “Flying Get” for the first time. It was AWESOME and made us dance in our seats! Watch the fancam here: 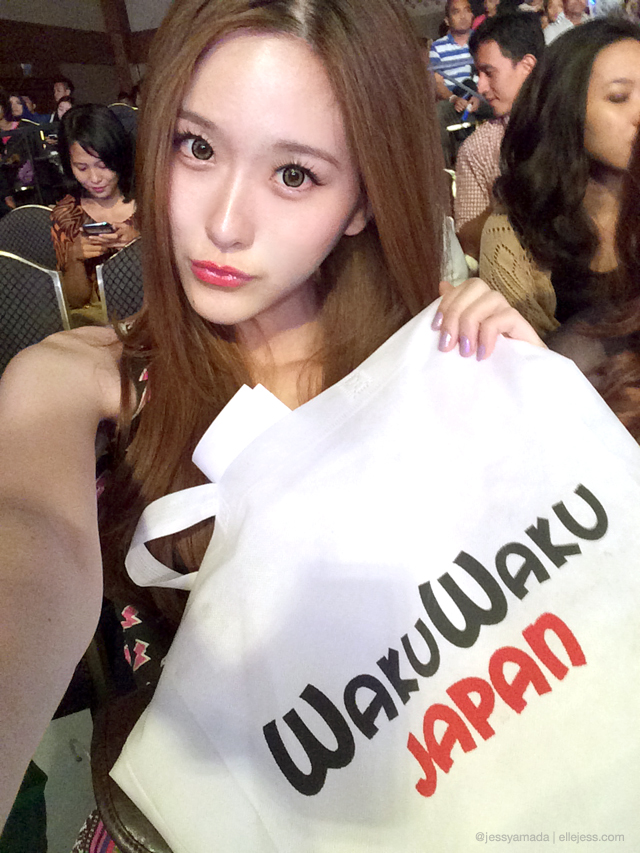 Jess: I love goodie bags! Oh, as you can see, I was wearing this top from GOWIGASA, but it was freaking cold right there, so I changed into the free shirt inside this goodie bag (hence the first pic in this post). ^^v

In addition to the Japan Music Event, on 22 February 2014 at Balai Sarbini Jakarta, WAKUWAKU also presented ULTRAMAN COSMOS LIVE STAGE with live action show from Ultraman and the Kaijus (monsters) themselves!! It was unexpectedly very cool! 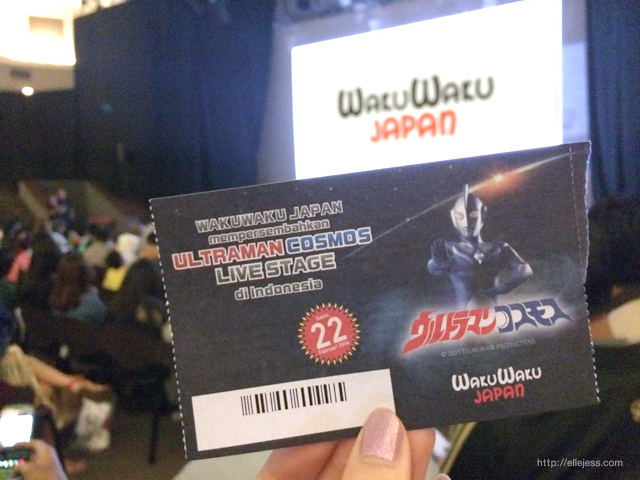 Jess went there and guess who the MC was? It’s none other than… the famous STELLA LEE! Loll. In fact, we both wanted to come there to record her MC-ing because she’s ultra silly on stage hahaha. But alas, Elle didn’t make it because she was stuck with the 30-minutes-later flood. T_T

Behold Ultraman fans out there, here’s our EXCLUSIVE PHOTO WITH THE ULTRAMEN!!! 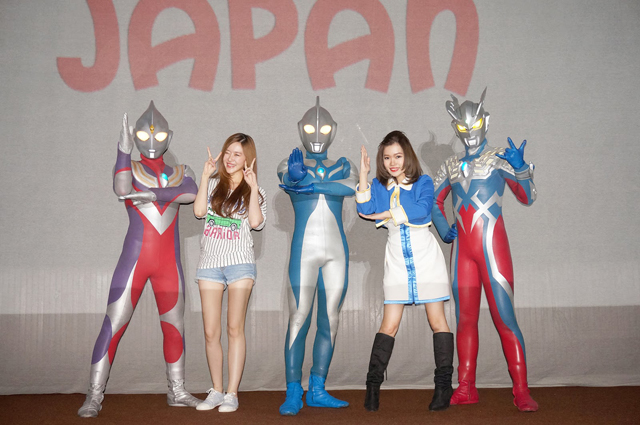 Lol, seriously, all the other peeps were not allowed to take pics with these tough guys, handshake only! But thanks to our cute MC up there, we managed to take this pic~~~ XD

Camwhored on my way there:

Post by Jessica Yamada.
Also camwhored with the tix inside the venue: 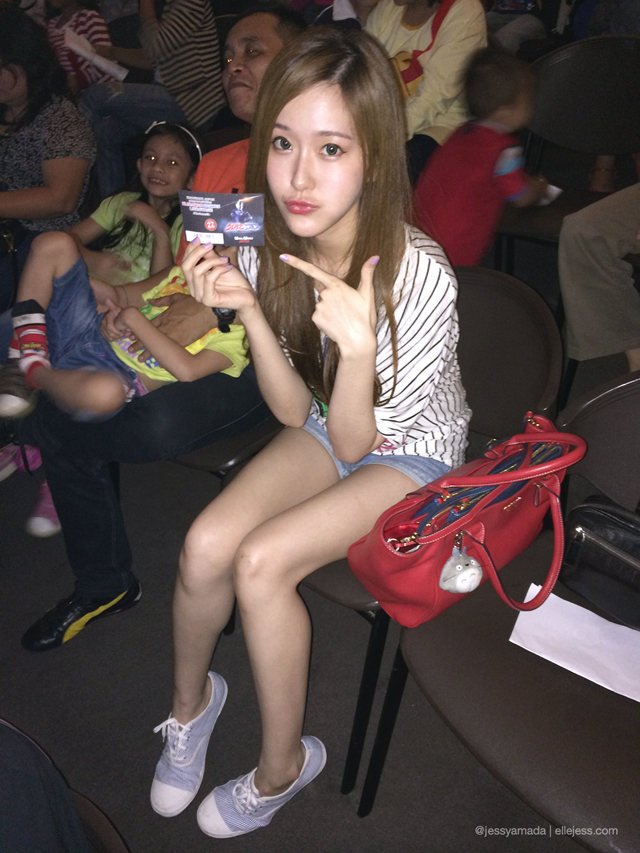 Anyway, you see the dad beside me? The whole show his daughters fell asleep and he was the one enjoying the show whole-heartedly. Even shouted, laughed and clapped enthusiastically during the show lol. Must be an avid Ultraman’s fan since he was a kid. XD Thanks WAKUWAKU for holding such delightful events for all of us!

All in all, we’re so glad with the events and we cannot wait to share with you the amazing TV programs that WAKUWAKU brings to us. Especially the doramas (J-Drama)!

Okay then, thanks for reading, please leave some comments and see you guys on our next post~ (ˆヮˆ)づ♡ 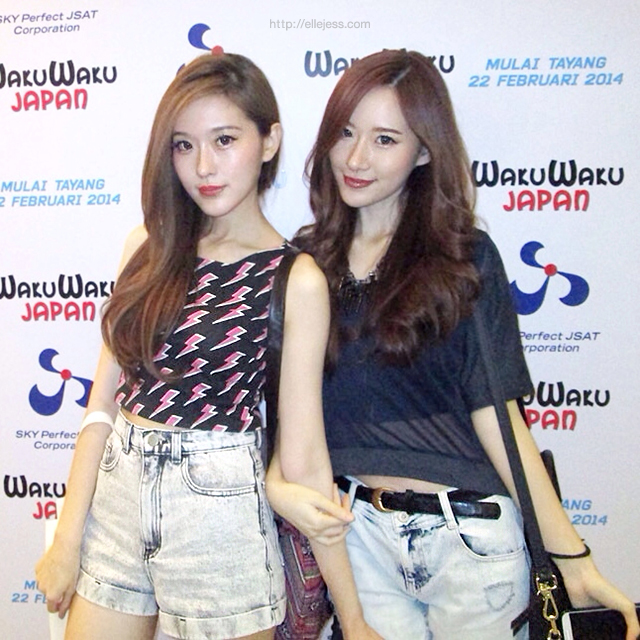 SPA Getaway in Yogyakarta with Cetaphil