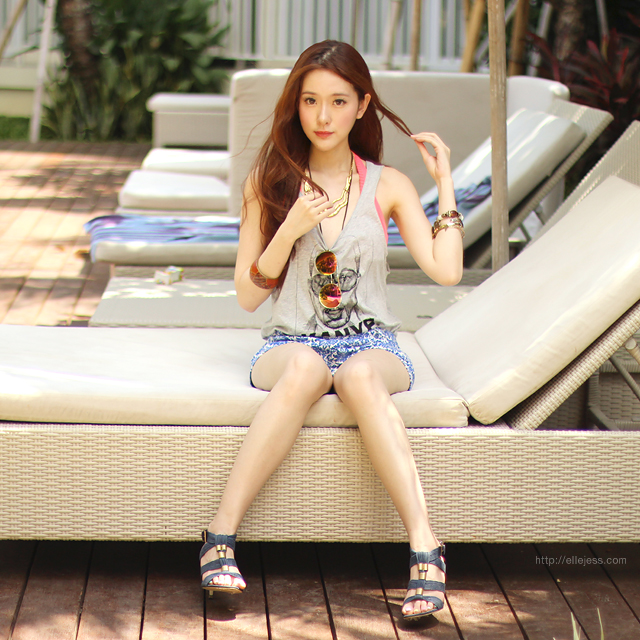 What is the best daytime outfit to wear in a sunny place like Bali? If your answer is something lightweight, then we’re on the same track. Considering the hot and humid weather, there’s nothing else I’d rather wear than some lightweight pieces PLUS sunblock to protect my bare skin that’s not covered in clothes. On this occasion, I threw on a graphic sleeveless cotton tee on top of my bright colored bikini, a pair of exotic print shorts and put on ethnic necklaces and bangles for more ‘Bali’ look. Aside from the actual function, the mirror sunnies was also cute as an accessory. 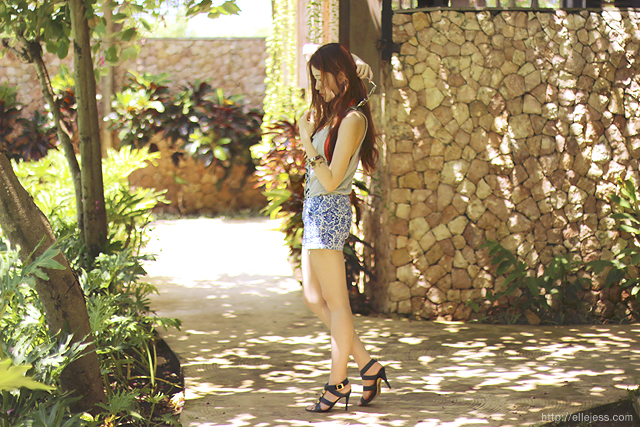 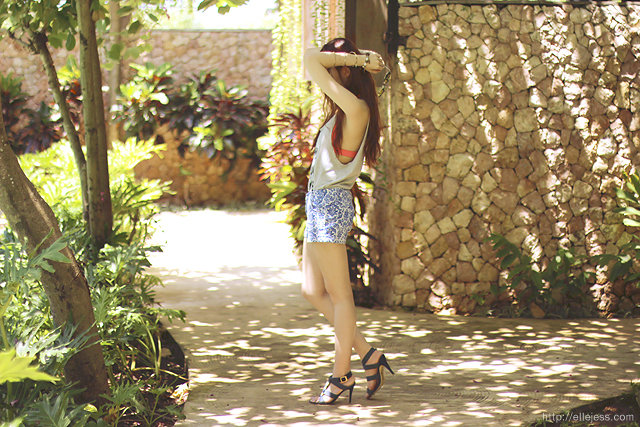 To complement the casual look, I added strappy ethnic heels which match my gold necklace and bangles, and also my blue shorts. 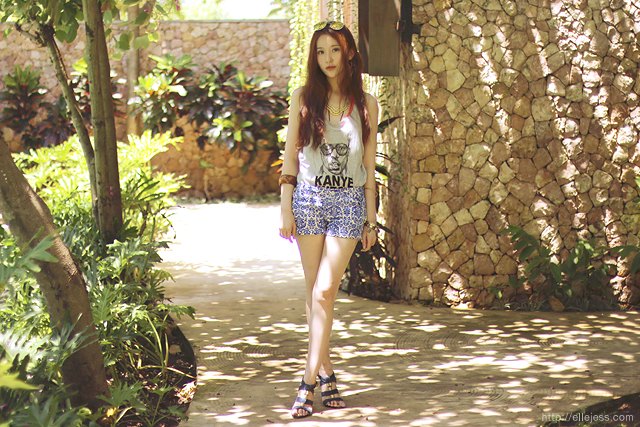 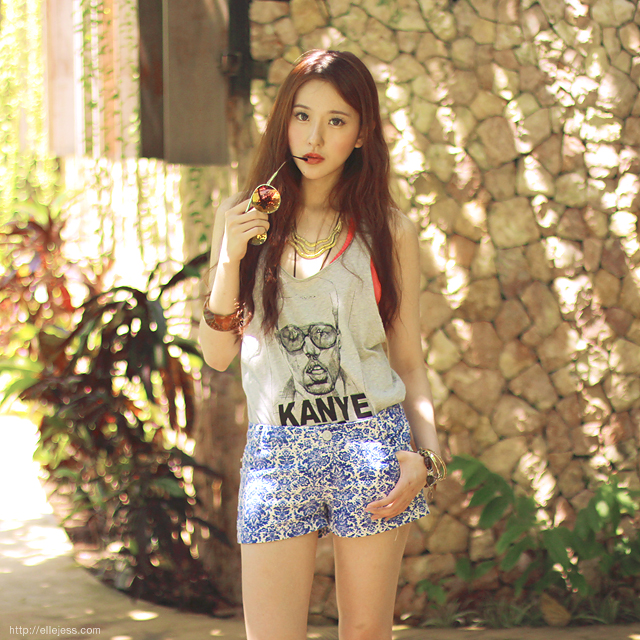 I think this beach wave hairstyle looks really good for this outfit. It’s really easy to make, too! Would love to make a tutorial for this anytime soon. ^^ 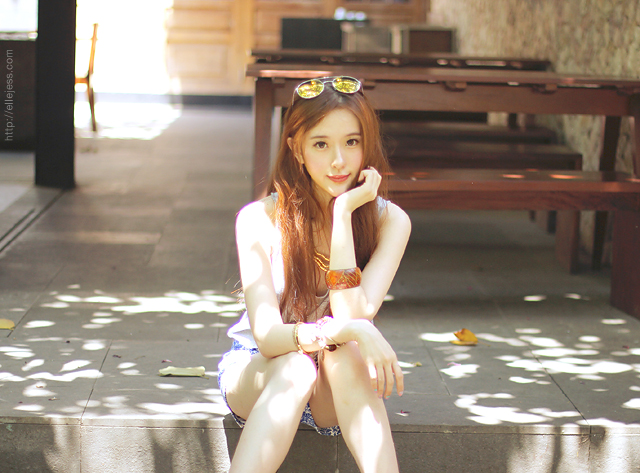 Synopsis
There is something strange happening in Tokyo subway. A lot of people are reported missing, including Nana (Erika Sawajiri)’s little sister. Together with her friend Kanae (Chinatsu Wakatsuki), Nana is investigating the mystery. There’s also this train conductor Toshikazu (Oguri Shun) who’s being relocated to the lost-and-found department after he initiatively stopped a train because he reportedly saw a ghost on the railroad. They then find out that the missing people have something in common; they picked up a seemingly dropped-by-accident train ticket. And whenever someone’s gone missing, there’s always this strange, mysterious woman in black standing on the train platform.
Review
As a horror flick, Ghost Train has a pretty interesting storyline, but it lacks a lot of important things to make it even a decent movie. The pace is too slow and when it reaches the climax, it isn’t even as scary or surprising as expected for such a long wait. Heavily focused on the cute main actress Erika Sawajiri (cast as Nana), her acting is also disappointing because she shows roughly similar faces / expressions to different situations (e.g. scared, surprised, tired) and it’s not even convincing. Supporting actress Chinatsu Wakatsuki (cast as Kanae)’s acting is better. Special effect and make up are slightly below average. In conclusion, we wouldn’t recommend you to watch it unless you’re a fan of Erika Sawajiri (there are plenty of her shots and she’s so kawaii here! Plus this is her FIRST horror movie ^^) or if you’re out of choice. Having said that, it’s still watchable, but we’d recommend you to lower your expectation before watching it. 🙂
WAKUWAKU JAPAN TV, please bring more horror / thriller movies to the screen, arigato gozaimasu!
Okay then, thank you so much for reading and see you guys on my next post~ (ˆヮˆ)づ♡
XOXO
Jessica Yamada
Instagram | Twitter | Facebook | Youtube | Google+