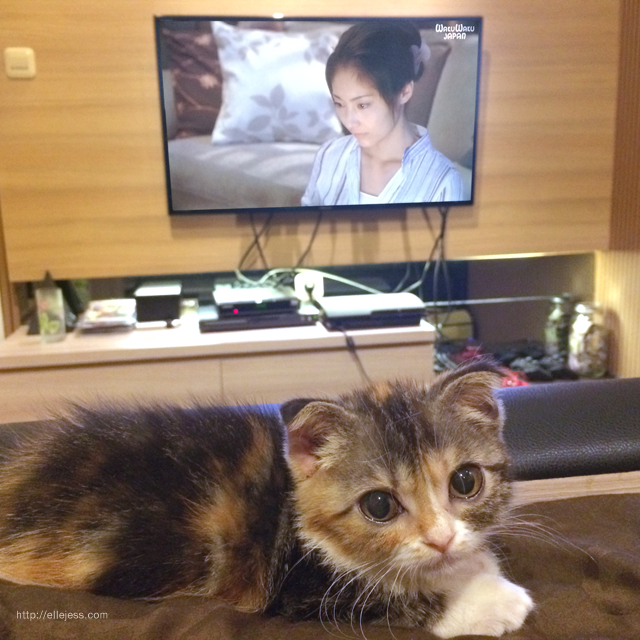 Few days ago, Bolu and I watched this Japanese movie at WAKUWAKU JAPAN TV Channel (#168).
It is a romantic-drama movie called Listen to My Heart (引き出しの中のラブレター, Hikidashi no naka no rabu retā). 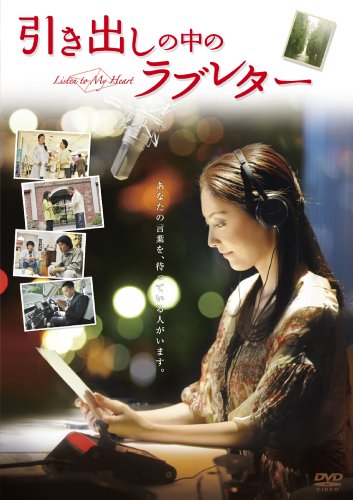 Synopsis
Mao Kubota (Takako Tokiwa) who works as a radio DJ in Tokyo is starting a new program called “Love Letters from the Drawer”. People can write down their reserved feeling to someone on a letter, request a song to go with it and then Mao will read the letter and play the song at her program; hoping that the message will reach the intended person. The program was inspired by her own experience when she read a letter from her deceased father; who had always been so hard on her but finally expressed his true feeling toward her daughter through that honest, heartfelt letter.
Review
Watching this movie, first thing that came to my mind was…
The main actress Takako Tokiwa really looks like Cecilia Cheung lol! 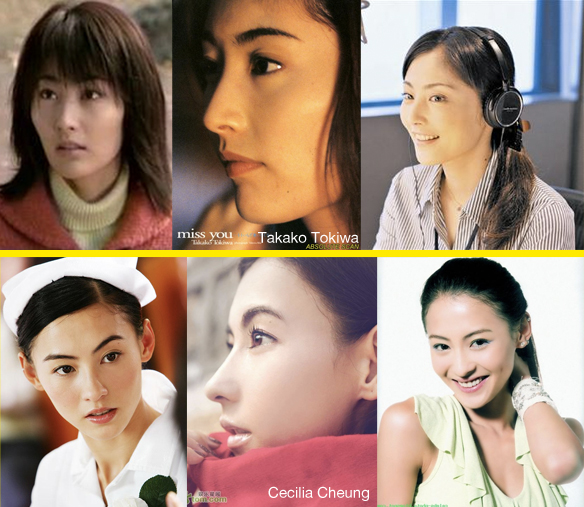 They really look alike, right?? Has resemblance, at least. ^^

And of course, talking about Cecilia Cheung, I couldn’t help but to bring this up… 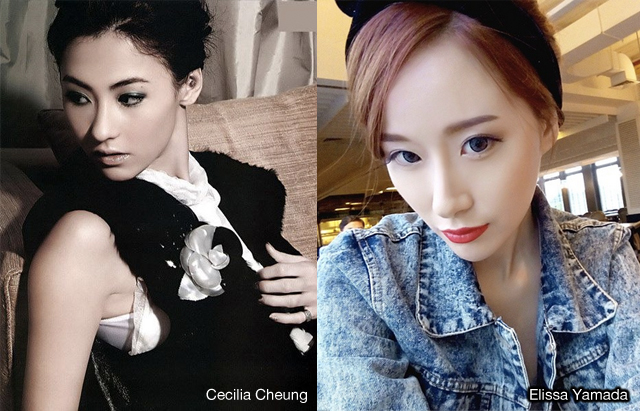 YESYES our very own Elle also looks like Cecilia, right??? HAHAHHAHAHA
A lot of people has told her about this too, since she’s in elementary school, lol! XD

Made in 2009 where the internet era has begun, Listen to My Heart (引き出しの中のラブレター, Hikidashi no naka no rabu retā) brings up two now-kind-of-already-forgotten medias that played a big role in connecting people back then: radio and posted letters. It brings me back to the time where I would listen to the radio whenever I’m sitting in the car, going back and forth from home to school; and also further back when I had pen pals in elementary school (one of them was my childhood maid who went home to her village because she had to be married. I remember she wrote me a letter on a Little Mermaid paper because she knew I LOVE Ariel ^^). 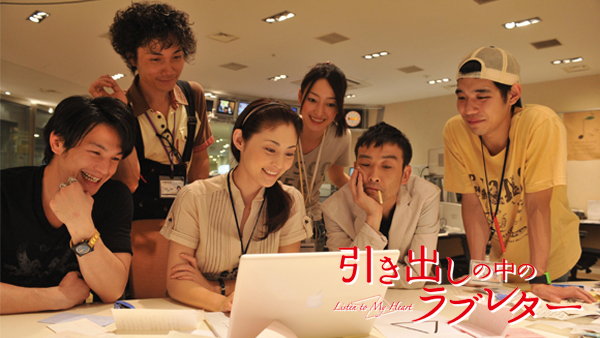 Directed by Shinichi Mishiro, Listen to My Heart is a movie about a woman’s strong dedication towards her career as a radio DJ → that succeed her in spreading her positive energy → which helps a lot of people who have been burying their thoughts deep down in their heart → to finally have the courage to pour it in a letter, → which she will then read out loud in her program, hoping that the significant person somewhere would hear what this person have to say.
Weighing the risk that B would probably not hear what A has put thoughtfully in that letter (e.g. when the letter is being read, B could be doing activities that doesn’t allow him/her to listen to the radio / B might be listening to another program / B might not be a radio listener at all), when B actually hears it, it makes it almost magical. A very romantic coincidence, one could say. 🙂

In this encouraging movie, though, somehow all the messages always manage to reach the intended person (^^;). It’s okay, though, a drama is a drama. But I think even if B doesn’t get the message:
1. At least A has decided to finally release what has been weighing his/her heart, and that’s a good step because it allows A to be honest to his/herself about his/her own feeling; which is not easy because some thoughts and feelings are sometimes better left unsaid or unheard, even to oneself.
2. And for the rest of the radio listeners, it is a beautiful way to listen to another person’s heartfelt feelings. Like watching a movie or reading a book, sometimes we can all learn something from another person’s experience or story. Like in this movie, some listeners would also hope that the intended person would hear the message. Being able to hope is also a good thing, right? 🙂

Like Babel and He’s Just Not That Into You, Listen to My Heart is also a movie with interlocking stories. There is a taxi driver who came to Tokyo, living a separate life with his son and wife for the sake of earning extra income, a pregnant 30 something woman who decided to be a single mother when the baby comes, a reserved grandfather who doesn’t want to move to another town with his son and his family, a boy who’s in love with his classmate, a guy who’s trying to get permission from his parents to marry an older woman that he loves, and so on. I like this kind of movie. It leaves room to imagine if a character knew that he/she is somehow connected to someone or something. It also makes me wonder about my own life. ^^v

Beside scenes that was taken at cute cafes in Tokyo, there are also a lot of beautiful scenes taken at Hakodate, Hokkaido. It really makes me wanna visit the place someday! Very calm and beautiful and I can imagine how fresh the air would be up there. Ah, Japan I miss youuuuuuuuuuuuu~~~♡♡♡ 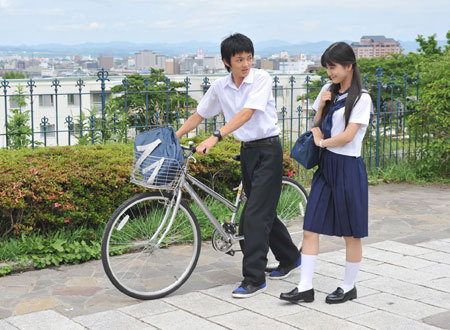 Thank you, WAKUWAKU JAPAN TV for bringing this movie up. We can’t wait to watch another ones! XD 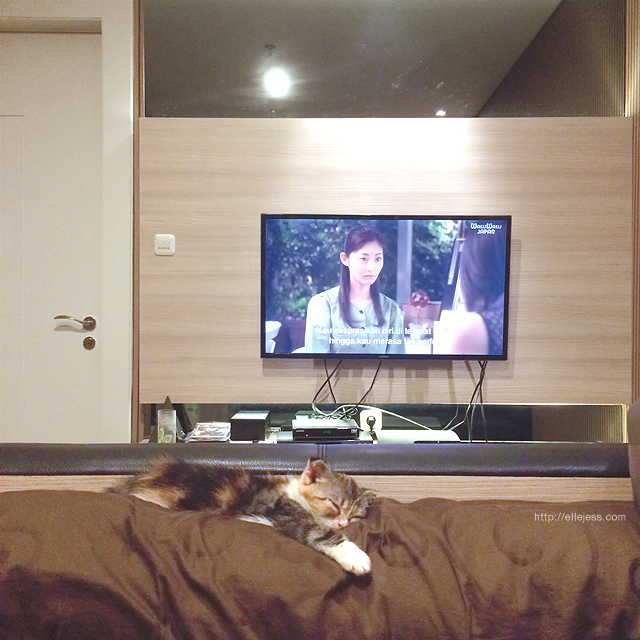 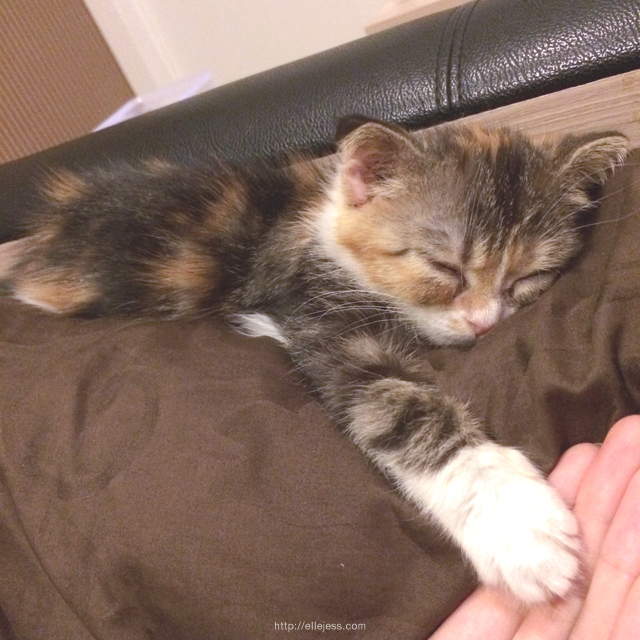 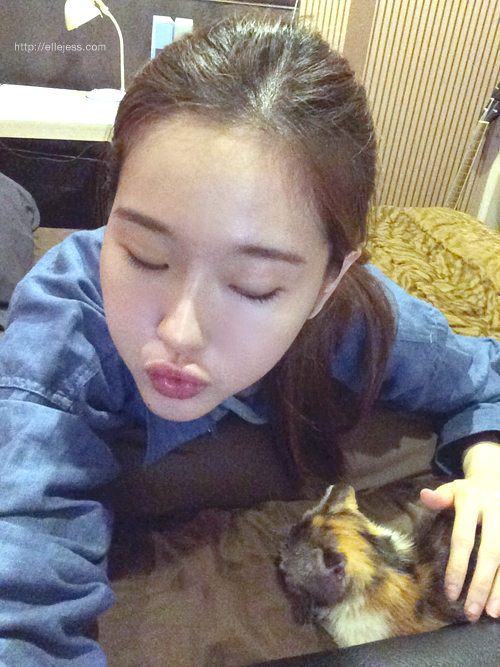 Very well, I shall take my chance… 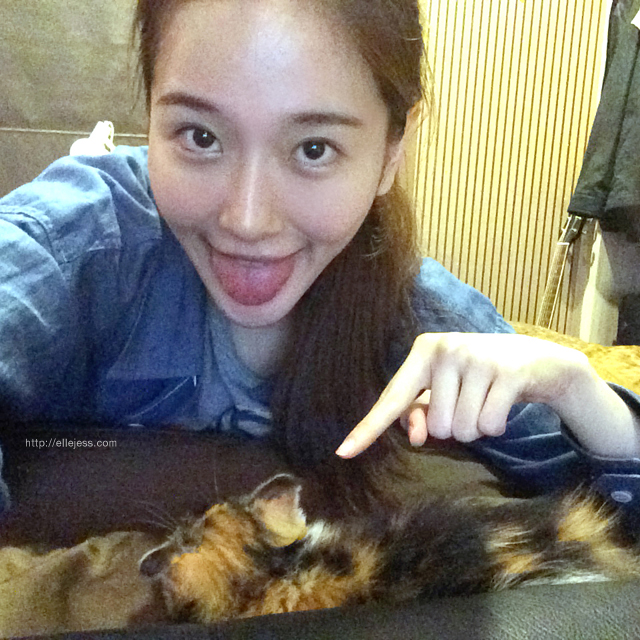 To take selfies with this cutiecat, please!!!

Okay yes so careful as not to wake her up…… 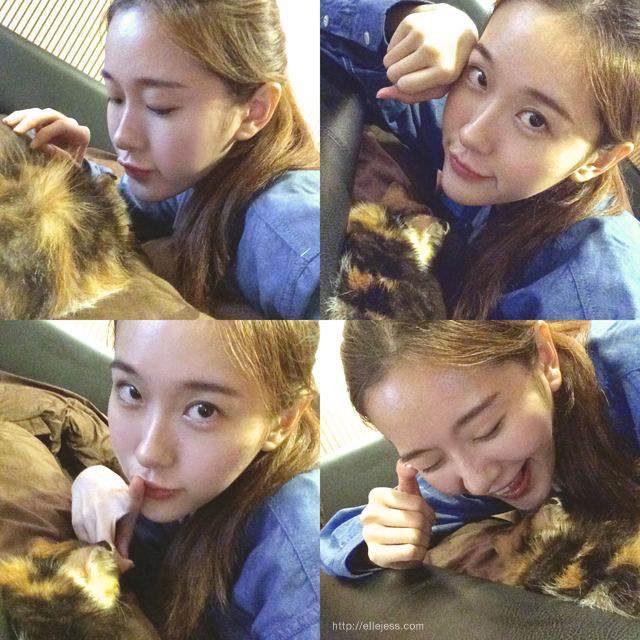 Treasure Your Parents | A Tribute To Our Dad