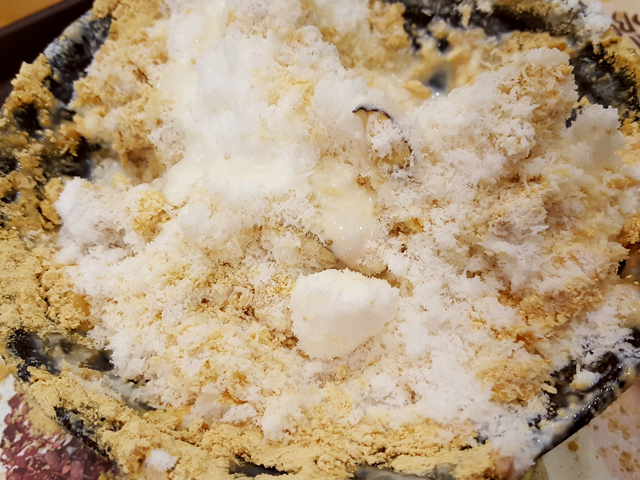 This one is Injeolmi (인절미) Bingsu.
The topping is Injeolmi, which is is a variety of ‘Tteok’ / Korean rice cake / glutinous rice / mochi… we guess? So aside from the super soft snowflake shaved ice, you also get the chewy injeolmi rice cakes inside, topped with soybean powder AND it comes with a small cup of sweet condensed milk for the finishing touch. But hold on, on top of that, the Injeolmi (인절미) Bingsu here in Sulbing uses shaved frozen milk instead of shaved ice, so it’s even moreeeee delicious! 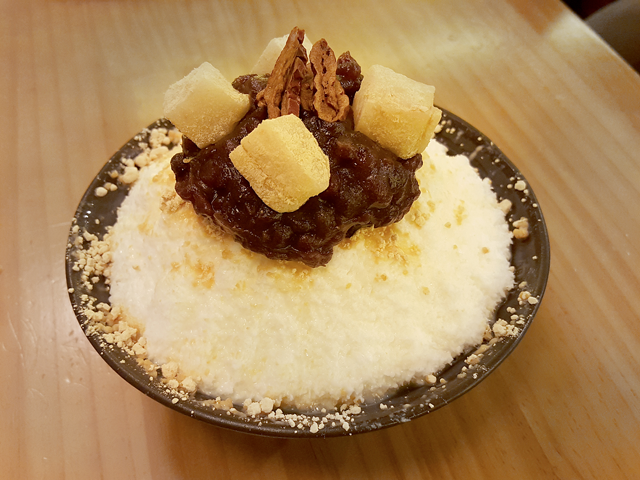 We also tried the Milk Red-bean flavour (₩ 7,000)! Yummyyy (especially if you’re a fan of red bean), but still, we love the Injeolmi Bingsu more. ^^ 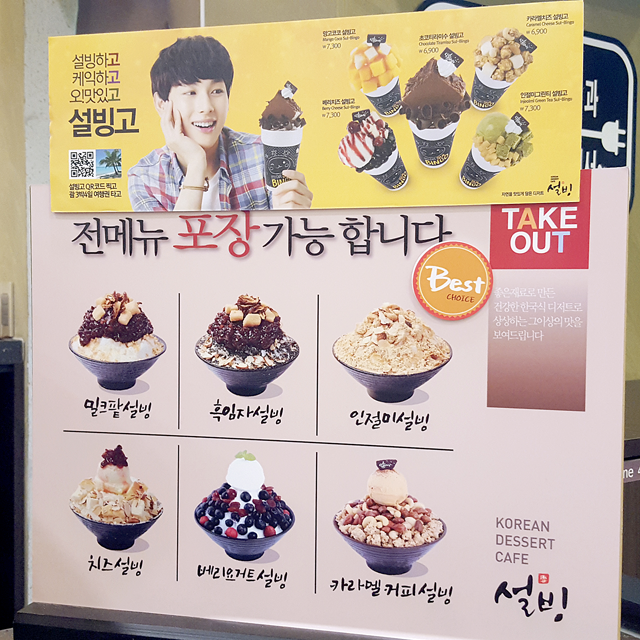 Their best choices of Bingsu ↑ So curious of the Cheese flavour (lower left)! 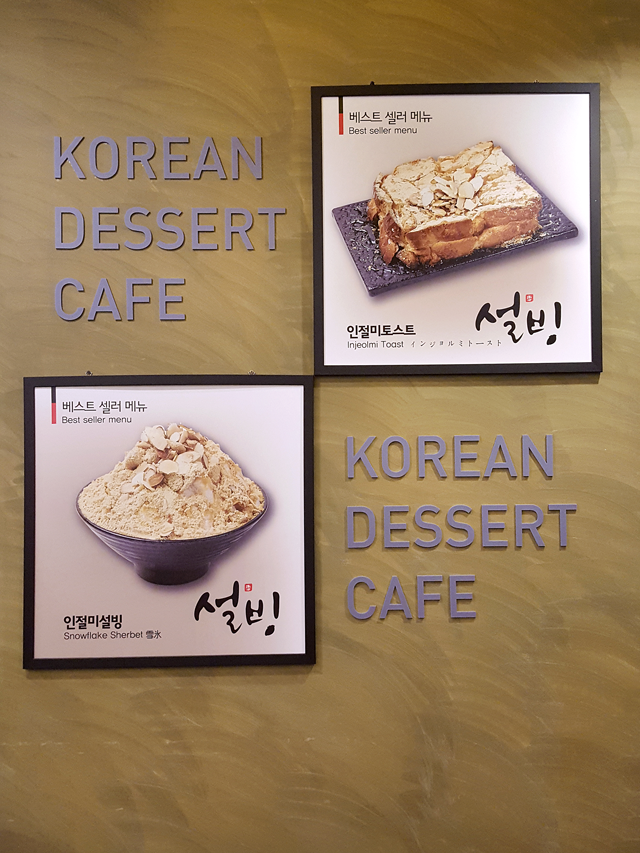 Besides Bingsu, the other must-try dessert in this cafe is Injeolmi Toast! 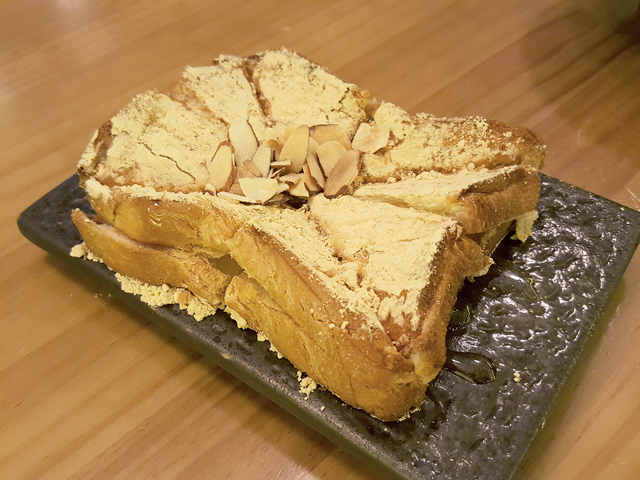 It looks just like the photo! Σ(꒪ȏ꒪)
Love the sticky rice cakes in between. If your teeth is sensitive to cold foods, then this is your best choice here. 🙂 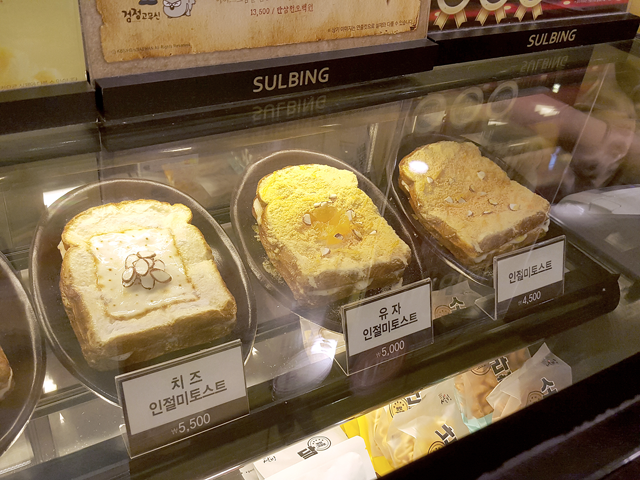 The other toasts. All look delish! (;﹏;) 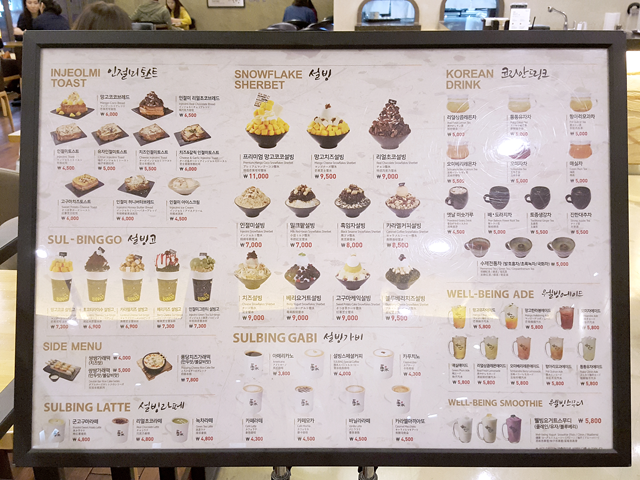 As you can see, they have a pretty wide selection on the menu, and some of them were not included on this big menu yet. Like this Cheese Tteokbokki (SUPER yummy btw – smoking hot, spicy, savory-sweet and chewy, you gotta try it yourself): 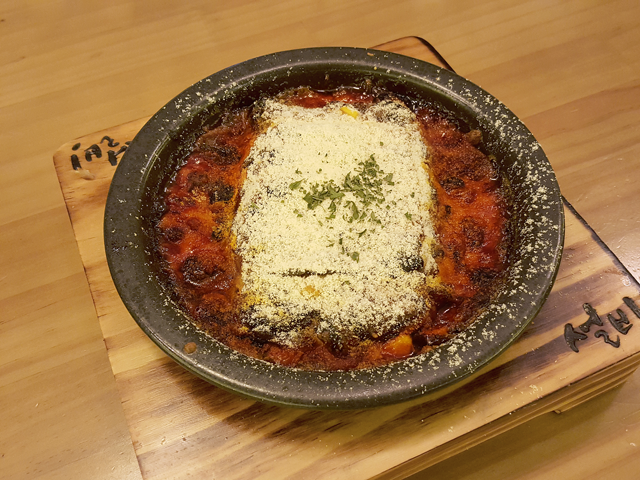 We saw it on the (supposedly) new menu at a table near the cashier, along with these other newbies: 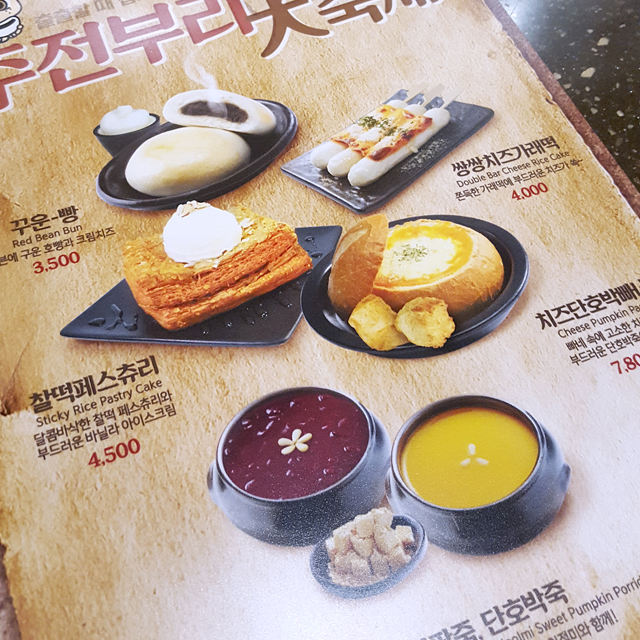 For drinks, we opted for mineral water (which is FREE and always available for self-service refill lol) and our mom tried their Traditional Ginger Tea and loved it! 🙂
THE PLACE 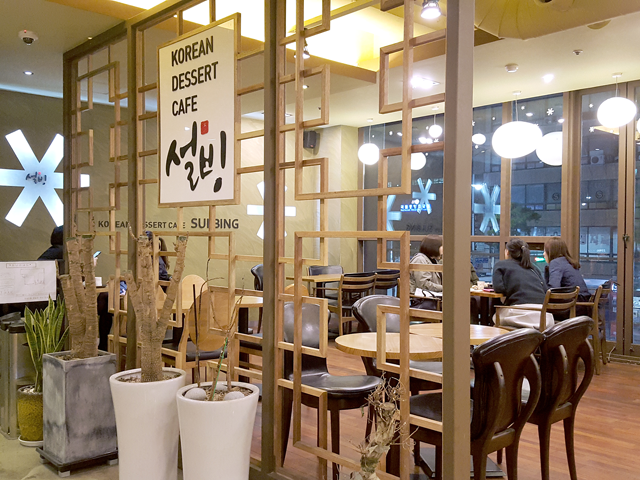 The atmosphere is very cozy!We had our first Bingsu here in Sulbing (설빙) Korean Dessert Cafe and few days later, we tried this other place that sold Bingsu as well (a famous cafe which has many branches in Korea). We really thought it would be the same or at least similar like, c’mon, it’s just Bingsu man, how hard is it to make a good one *optimistic*, but nuh-uh! The other place’s Bingsu is not as soft, tasty and… It’s just not as good as the one in Sulbing, seriously!

We think the secret lies in the shaved ice itself. As we mentioned above, here in Sulbing, instead of using shaved ice, they use shaved frozen MILK instead for their Bingsu; resulting in a creamier and tastier bowl of Bingsu! ♡♡♡ 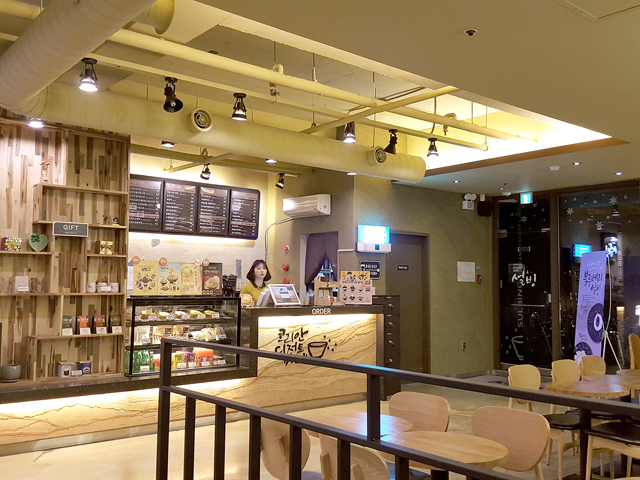 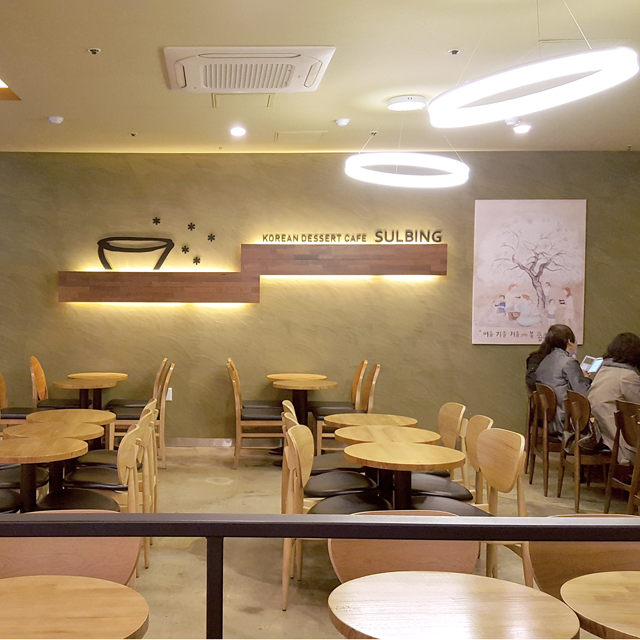 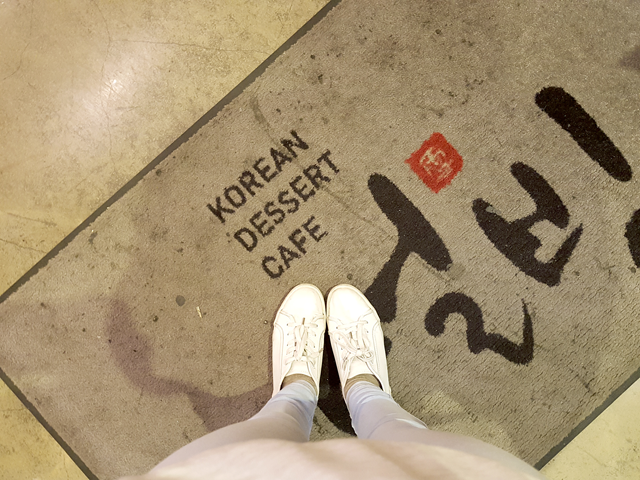 Anyway, we stalked their website and found a very interesting fact that this cafe was launched in 2013 and it was a booming success; within only a year, they launched 490 stores. DAEBAK!!! So if you’re going to Seoul and you’re interested to try Bingsu here (which we really recommend you to do so), here you go:
SULBING (설빙) KOREAN DESSERT CAFE
Busan original store (본점): 부산광역시 중구 광복로 54-2
Sangnam-dong: 창원시 성산구 상남동 21-12 (그랜드빌딩 201/202호)
Yongho-dong: 창원시 의창구 용호동 73-24번지 2층
Palyong-dong: 창원시 의창구 팔용동 100드림피아상가 201호
Ah, NOW we’re craving for a bowl of Bingsu! ><
XOXO
Elle and Jess
instagram – twitter – facebook | instagram – twitter – facebook